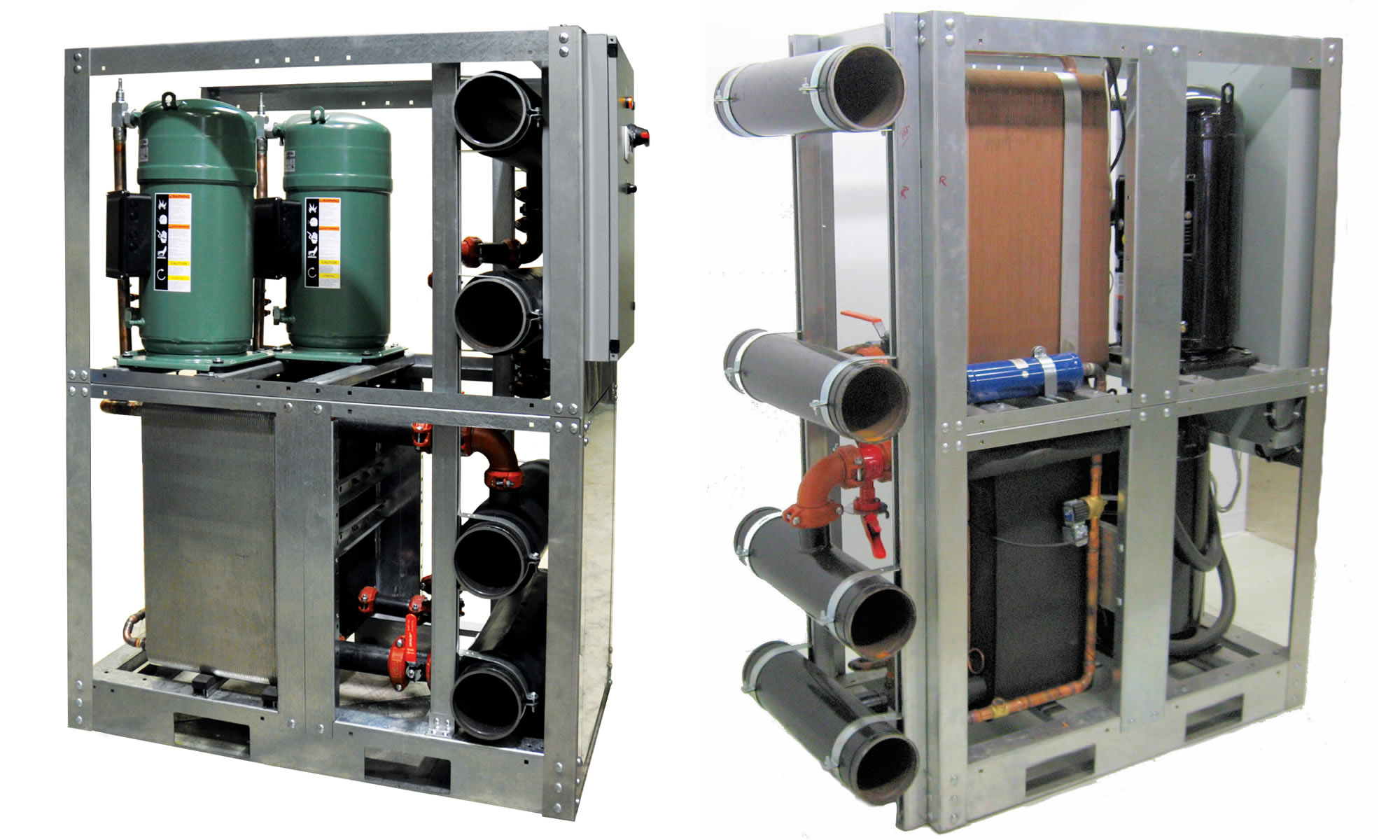 July 2019 – Modular chilling systems have been around for a while. The idea of being able to install a system that is expandable and totally reliable is pretty compelling. In an article at HPAC Magazine, it is hard to deny that the modular chiller design is  here to stay.

The individual units that make up a modular chilling system are not that much different than stand-alone chillers. Both have the same basic four components: 1) a compressor, 2) a condenser, 3) an expansion device and finally, 4) a heat exchanger.  The difference lies in the fact that even though each unit can operate independently on its own,  just like a stand-alone unit, it is also a part of a larger system.

Since each unit in a modular design has its own dedicated power,  it can be shut down for repairs and maintenance without interrupting the operation of the system and the supply of cooling.  In addition to this, the benefits of a modular chilling system include:

Easy Installation: because they are smaller in size, modular systems are ideal for retrofitting projects where space is limited and hard to access.

Cooling Capacity: greater control over cooling capacity. Modular systems allow you to shut down a unit when cooling requirements are lower and to expand the system if more cooling is required.

No Downtime: because it is highly unlikely that all the units will malfunction at the same time, a modular system has built in redundancy. The system provides cooling even in the event of component failure, i.e., compressor failure.

Expandability: When faced with an increase in cooling demand, it is much easier to add another unit to the system than it is to bring another stand-alone chiller.

What Is A Modular Chiller?

To learn more about our modular industrial chillers click here.

We are currently looking for someone to join our team as a sales manager.